Written by Bruce Bildsten, our board member and Executive Creative Director of Best Buy Co.

For over 100 years and through two world wars, the mill has proudly produced the iconic blankets that have warmed our sailors, soldiers, marines and airmen. It’s only fitting that we’ve now created a blanket to honor our nation’s Civilian Conservation Corps.

Created in 1933, during the throes of the depression, the CCC offered young men much-needed jobs and support to their families. The Corps focused on the conservation of our rural lands and the most enduring testament to their labors are the timeless stone and timber buildings, trails and roads that still anchor our national and state parks. And labor it was, as nearly all of those majestic lodges and steep trails were built by hand alone. The young men were housed and fed in camps that were created under the direction of General Douglas McArthur, and it’s likely that Faribault military blankets covered many of their perfectly made beds. Not only did the CCC provide income for the boy’s families back home, but also pride, fitness and skills that would stay with them for their entire lives. Notable corpsmen were Chuck Yeager, Stan Musial and Hubert Humphrey. The CCC was ended in 1942 as young men were increasingly called up to serve in World War 2. Many credit our nation’s ability to so rapidly respond to the war effort to the preparedness and discipline the corpsmen brought to their military service.

I was fortunate to grow up at the doorstep of one of the Midwest’s most majestic state parks: Devil’s Lake, near Baraboo, Wisconsin. Situated on the Ice Age National Trail, Devil’s Lake is surrounded by towering 500-foot quartzite bluffs, carved by the glaciers. Its waters are so deep and clear, the lake is even home to rainbow trout. Virtually every trail and structure at this magnificent park were created by the CCC. It was also home to one of the largest CCC camps in the nation. I’ve hiked the steep trails carved from stone countless times and never stopped appreciating the enduring structures built of log and quartzite by these men nearly a century ago.

The bold Civilian Conservation Corp seal is proudly woven into every Faribault CCC throw. Crafted from fine wool with a touch of cotton in forest green, crimson and gold, it’s a timeless, enduring piece that’s perfect for a cabin, a cottage or just by the fire. 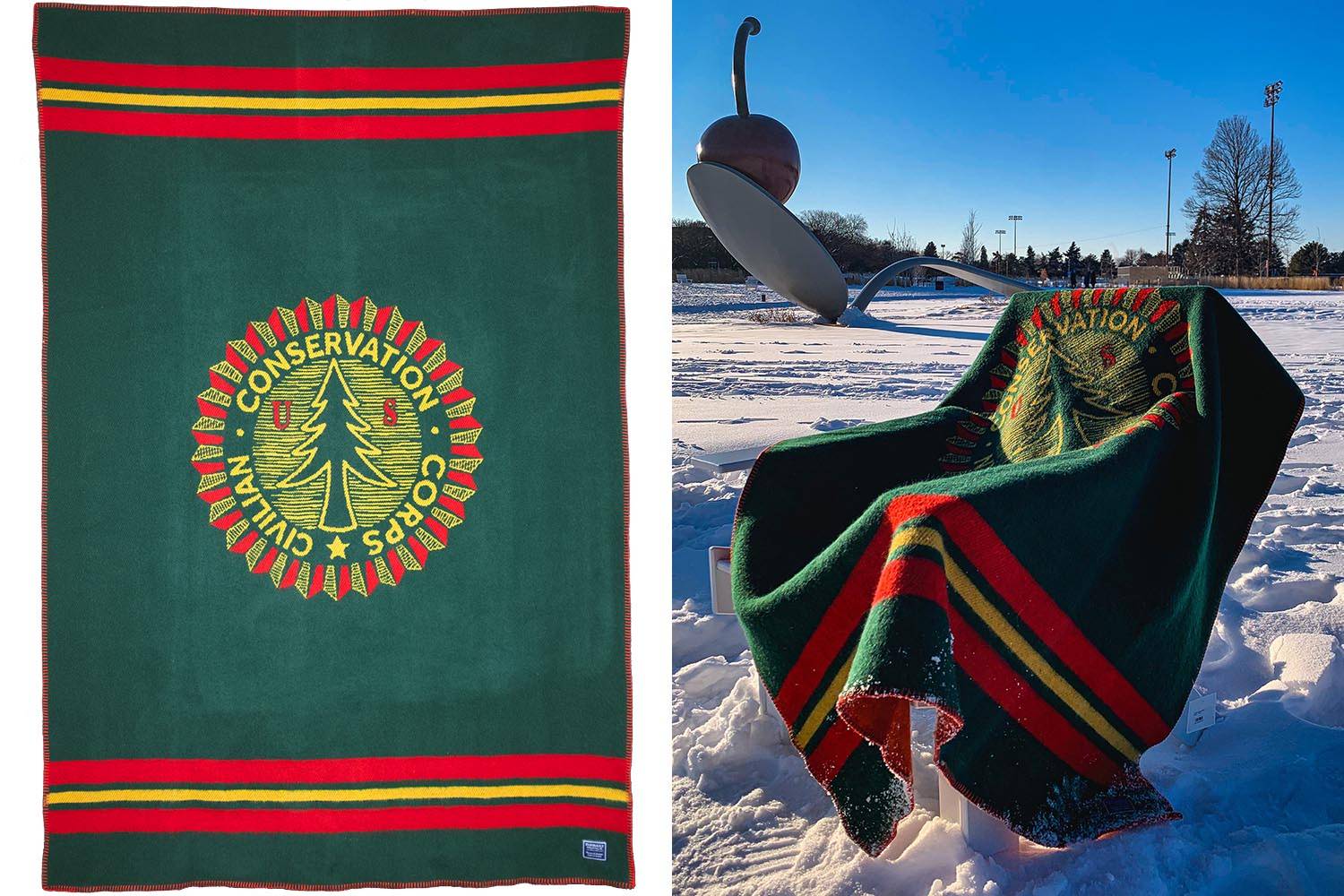 Subscribe to our email newsletter and receive 10% off your first order.